This is the LEPIN 02039 – Red Cargo Train Real Reviews from our lovely customer nickname schn1tzelteller at Germany.

Okay, let’s say one thing at the very beginning: I’m obsessed. Once a virus has infected me – and unfortunately, this happens too often – I immediately dive deep into the matter, which then takes up my time and financial resources too much.

That’s the way it is with Lepin / Lego. After the compulsory UCS models for entry, a particularly perfidious plan is currently taking shape: a Lego garden track on a minimum of 10×30 meters. Of course, everything for the offspring * cough *. The most important requirements are already given: a) space (my future garden has just under 1500 m²), b) time (the house is at least mid-2018) and, most importantly, c) tolerance of the better half (which wonders anyway).

After the rough details are set, it is time to start with what can be done already: the procurement of a large and comprehensive fleet. And that’s why, ladies and gentlemen, in recent weeks I have ordered all train models that can be ordered from terminal blocks on Aliexpress. I will deliver the reviews bit by bit, starting today with:

LEPIN 02039 Red Cargo Train
After I shot the set in the presell for a feasible 48 euros, followed a few days later, the surprise when the DHL courier squeezed the package into my hand. The initial shock due to the courteous “Dear Friend” arbitrarily changed shipping method (agreed was actually Epacket) was pretty quickly displaced by the knowledge that the god of fees must have had mercy on me because the so often mentioned DHL fees were simple not collected.

But it got even better: During the relatively short setup (which of course had to be done immediately, the offspring had to take care of the dinner this time – a Klax for him, after all, he can already crawl and a trail of millet flips is quickly laid and helps immensely in the pathfinding), there were two distinct AHA effects that almost made me doubt that this could really be a Lepin set:
– The stickers are of excellent quality, no comparison to Emerald Night or Slave I.
– There were actually exactly 0 (in words: NULL!) Parts missing. A first for me! 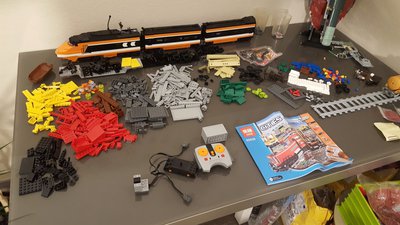 Rough pre-sorting by color, is sufficient for the manageable number of parts. 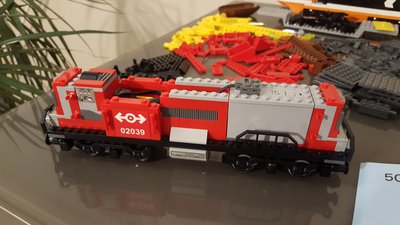 The construction is quite fast from the hand. For my taste a bit too fast. 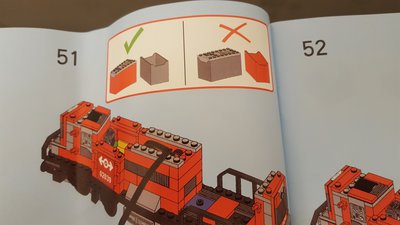 It was already feared and hereby I do it officially: the battery box is gray and not red. The appropriate passage in the manual, which should probably mean that you should swap the gray box for a red, ultimately fails because there is not the red in the set.
Anyway, I paint the thing at some point. 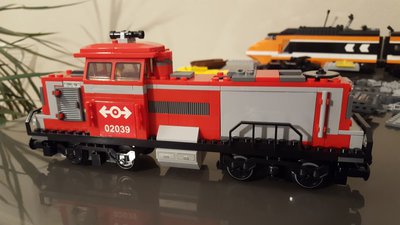 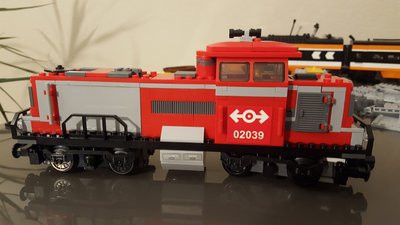 Joa and then she is already done. Looks chic, even if it somehow comes across a little bit flatter than on the product photos. 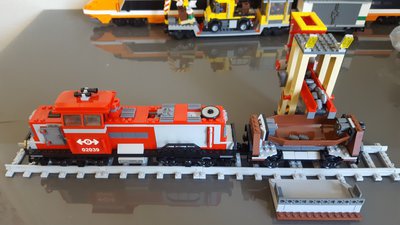 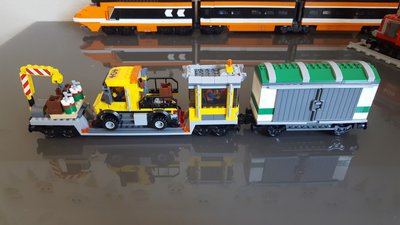 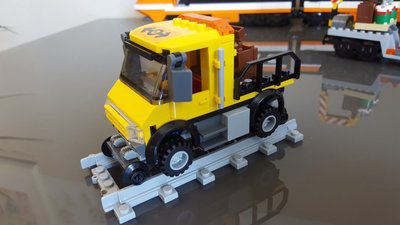 With it are still a few freight cars, a filling station (fully playable) and a stretch truck (or what you call something). Beautifully made and truly gifted for the price.

Incidentally, the rails are not from the set, the pictured are cheap equivalents of Ausini (I think). Included are a few rails incl. Flex rails, which I have not photographed, however, since they were plucked in the afternoon from the package to expand the test track in the garden. But I can assure you that they do nothing compared to those of Lego, neither in terms of color nor the noise factor during the (Dr) crossing of a heavy Red Cargo train.

And what about the Powerfunctions?
They work 1a. I let the locomotive drift on the floor only for lack of rails in the house and advanced evening hour, but boy, is the fix on the way. : Diese Einschätzung muss ich nach einer ausgiebigen Testphase leider korrigieren, siehe Beitrag weiter unten). It would not surprise me if the Lepin engine is superior to the Lego counterpart in terms of performance ( edit : Unfortunately, I have to correct this assessment after an extensive test phase, see article below). Here I will test a little more differentiated on the weekend and then report. The same applies to the assumption that the Lepin infrared control is not compatible with Lego (which in my case does not matter, since I rebuild everything anyway on rthe adio – otherwise you have in the summer yes a maximum of 2 meters range outdoors).