This is the LEPIN [] Lepin 05055 – Vader’s TIE Advanced (UCS 10175) Real Reviews from our lovely customer nickname Luca Schiffer at Germany.

The Vader TIE Advanced was with me for a long time on the wish list, unfortunately, he was, thanks to the windscreen, as a rebrick with always too expensive. But then Lepin announced the thing

After he was finally available, he was ordered directly from Gelida and delivered relatively fast via SF Express.

Pack what’s the good piece in a sturdy box.
The bags were numbered according to construction steps. Instructions and stickers were also included.
Additionally, there was a bag with gray tubes and another with spare parts.

The structure is divided into 8 construction steps, with steps 6-8 each have to be built in duplicate, as these represent the wings.

The setup is relatively quick and easy and you forget very quickly that it is not a Lego. The clamping force is consistently good, even with the few Technic parts. The stones were virtually not scratched and the hog looked good.

A small drawback is an upper lid of the cockpit pulpit, which is wrong, which looks a bit strange, I’ll probably exchange views against the Lego version.
It was a pity that the two 2×2 Slope Bricks printed in the instructions were not printed, but since they are inside, it does not matter.

What was a bit strange, in the bags were in the main hull and the wings each gray hoses, which were then but not used, since there are actually the extra enclosed tubes are thought. These are, as with the TIE Interceptor, a bit too long and must be shortened accordingly, but this is feasible with a carpet knife without much difficulty.

There were no missing parts or defective parts. In addition to the bag with the spare parts, a few more parts were included.

The manual is Lepin typically a bit more compact than the original, and the colors were very well recognizable just the differences between dark gray and black were clearly visible.

I have not used the UCS sticker, because it comes in a reprint shortly from the Lego version on it

So and now a few pictures of the construction and the finished model. 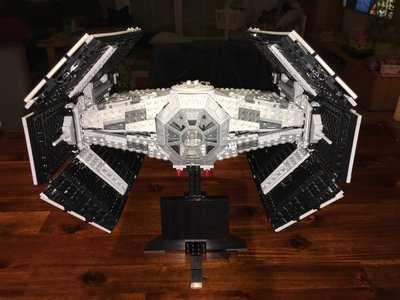 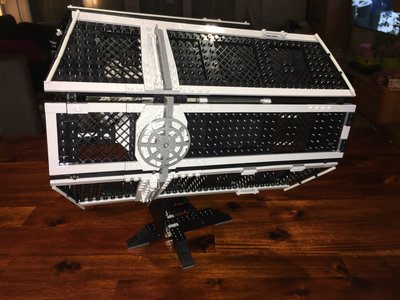 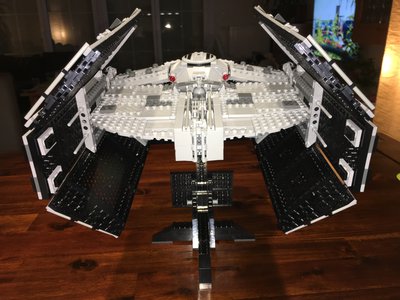 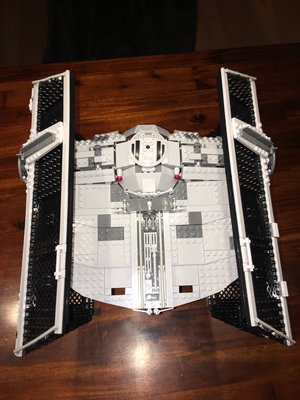 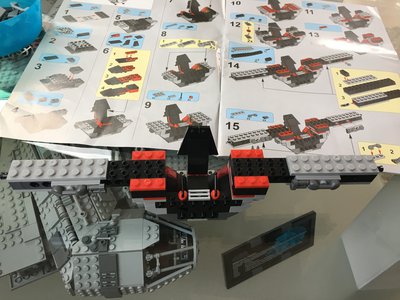 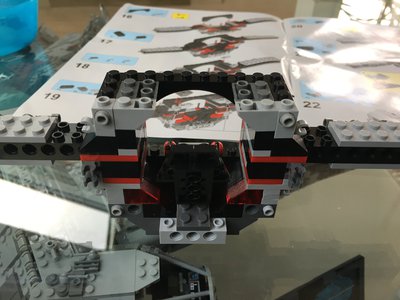 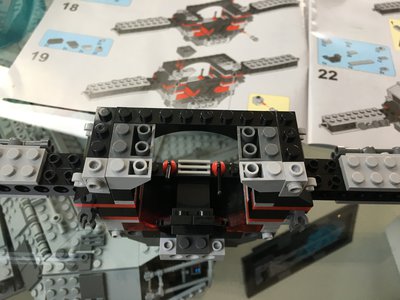 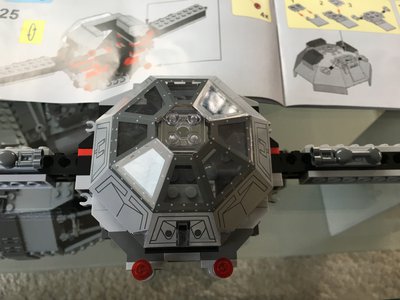 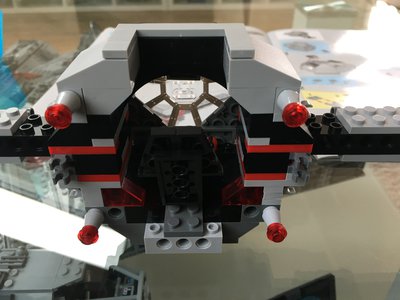 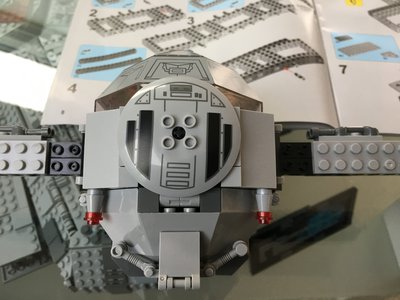 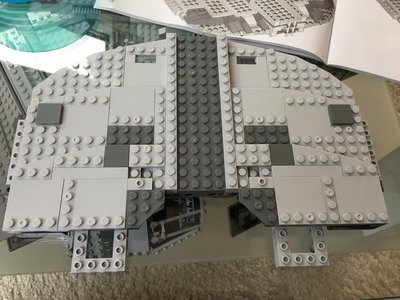 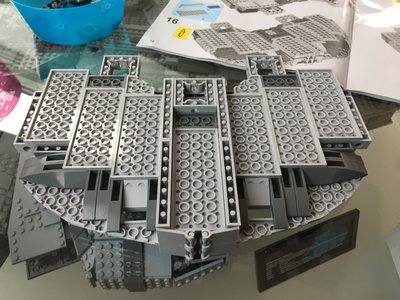 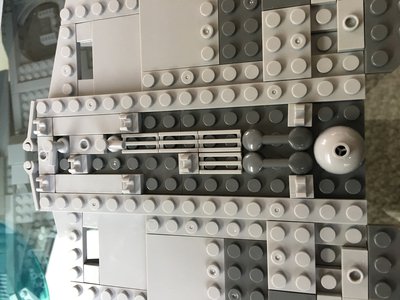 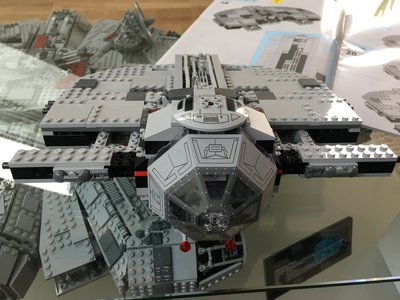 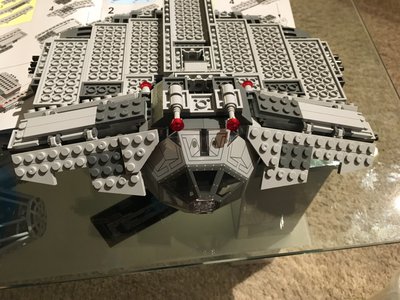 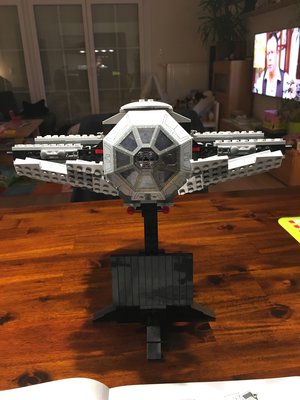 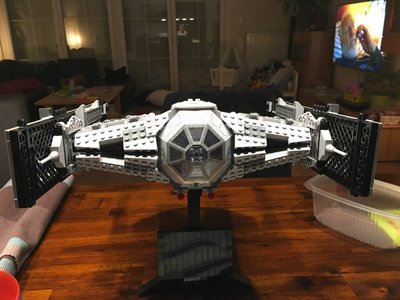 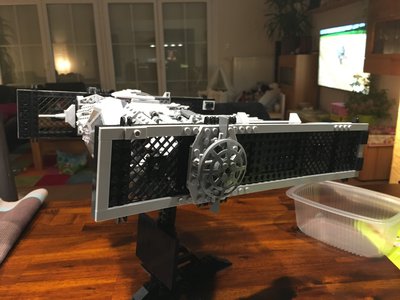 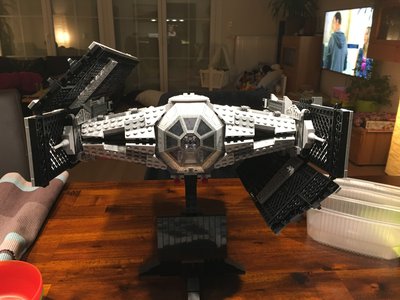