This is the LEPIN [] 15015 – Rivendell Museum of Natural History (rerabens) Real Reviews from our lovely customer nickname David Lang at Germany.

This set is a copy of a project submitted to LEGO  in 2014 and found too few supporters to go into the review.

Even there, the set probably had little chance, as a LEGO set of this size would probably cost € 450 – 500.-. Because Lepin probably has a different cost structure,

This price seems justified, considering the equivalent of more than 5000 parts. Some of the parts used here are also not available at LEGO.

The constructed model can be seen here: 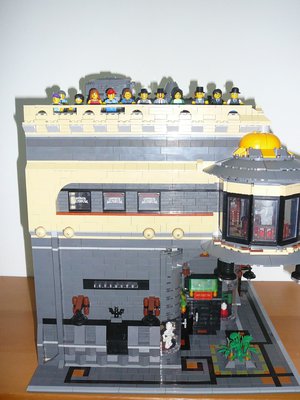 The first impression: the model is huge. This is due to the size of the plate (48×48) as well as the architecture of the building. Interestingly, the model is not even much higher than the Haunted House …
You can not say that the building is particularly pretty, but tastes are known to be different.

The entrance area is quite interesting designed, even if the design reminds me more of the entrance of a ghost train, as the inviting entrance to a museum. 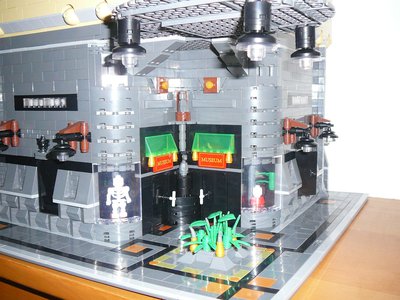 The base plate also bends in the entrance area quite a bit – a circumstance that seems to be the same with the original model, if you look at the pictures on Flickr.

The strength of the model is more in the interior – for me, the main reason for buying: 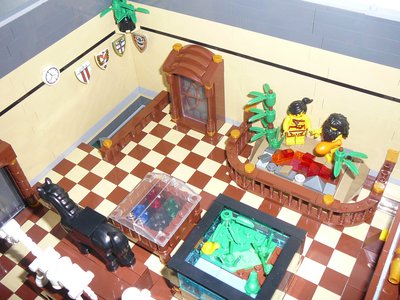 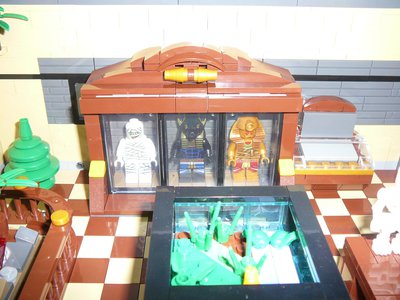 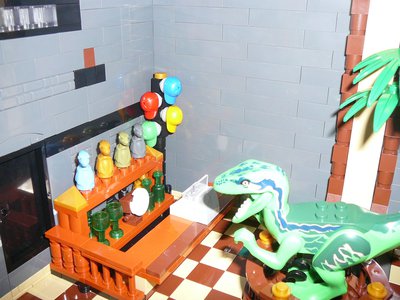 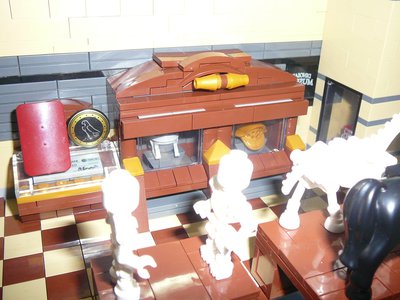 The structure:
At first, of course, you are overwhelmed by the number of parts. Here only clever sorting helps. The instructions make a high-quality impression and are bound. Dark hunches, however, arise as soon as one notices that there is a smaller manual that should correct errors …
To anticipate: not all bugs are fixed by far …

The manual itself also indicates that the classic LEGO troubleshooting and quality assurance process is missing. You always stumble over mistakes that would not happen at LEGO like this: 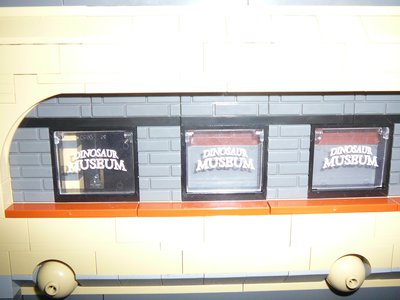 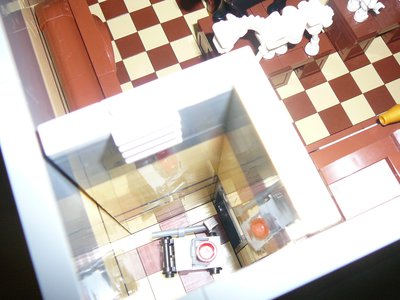 Another problem is the lack of color fidelity of the instructions: in many steps is not clear which stones are to be used in which colors. This means that you have to leaf back and forth again and again and to estimate based on the existing parts, which parts are to be used. In the absence of a LEGO model, it is difficult to estimate this from images on the Internet. This takes a lot of time and has often led me to dismantle parts of the model because I had installed the wrong color and used the stones elsewhere.
The stairs would probably build differently in LEGO, this process is very tedious and nerve-wracking.

It also happens that construction steps are completely missing or wrong parts are shown, these parts are then unfortunately also from the end …

The finished model:
Lepin has made an effort, 1: 1 was not implemented the idea of the creator. You can see that pretty much if you compare the images of the creator with the model. Unfortunately, mistakes in the manual also lead to many parts left, if one adheres to the original (or the manual …), here only reordering will help.

The quality of the minifigures varies between “very neat” and “ugly”, especially some visitors have achieved little: 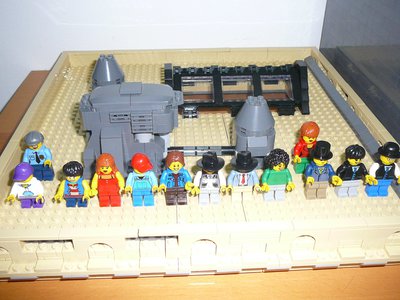 The clamping force of the stones is through the bank in order, there were problems only with the Triceratops, whose legs just fall off – because only super glue for the technology pin helps.

Conclusion:
The construction requires a lot of patience. The quality of the stones is neat, unfortunately, errors in the instructions and misinterpretations on the part of Lepin lead to some shortcomings. Without reordering you will not get the set completely built. How much the re-order will cost, I first have to find out, I expect € 10.- to 20.-
The inner life is really successful, from the outside, the model can convince me less.

Exciting was the structure anyway.