This is the LEPIN [] 16030 – Hogwarts Castle Real Reviews from our lovely customer nickname Torsten Adler at Germany.

Since I’ve been home to the set since the beginning of September, here, as promised, my impressions of this set.

As is customary with Lepin, this set, which follows the LEGO instructions, is divided into individual sections. The corresponding imprints on the bags are more or less easily recognizable. My son with the sharp eyes helped me a lot

According to the target group (8+), there are proud ten pieces (!) Of the construction stages, correspondingly fast one has done a section. Thus, this set is ideal for building together with children or even to do a quick break in between a section.

Because of the many sections, I do not go into each one separately, but update the thread as it progresses.

Section 1-3:
Here are the minifigures and the first tower built. 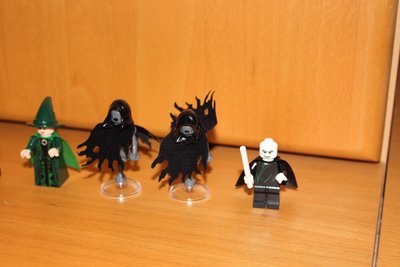 The Dementors are well done, the cloaks a bit crumpled – maybe iron? 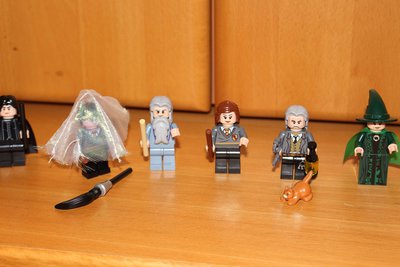 Harry has his invisibility cloak. No idea what LEGO looks like, this one is nice.

Dumbledore has gone pretty wrong – the beard does not fit … 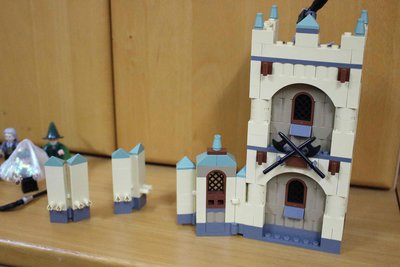 The tower and the two connecting pieces are the results of the second and third construction phases. While the connecting parts are not very exciting and will probably be needed later, the tower is quite funny. 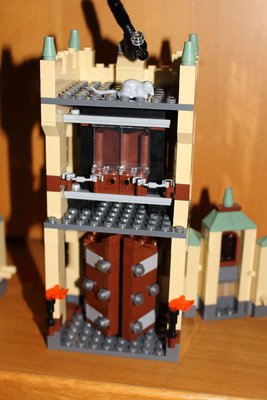 Here the back of the tower. He has three floors: 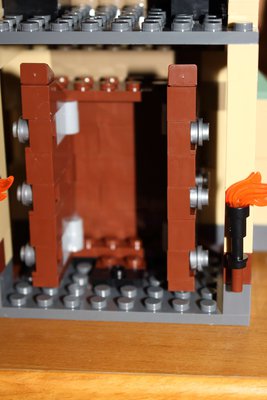 ) ago. A cool element so, well modeled on the books. 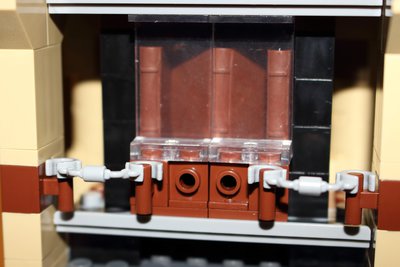 Further up there is a bookshelf with sliding doors. Lepin typical, the books are not right to (the case problem

) and the discs are scratched and milky again. On the compressed pictures, you can not see it so well … 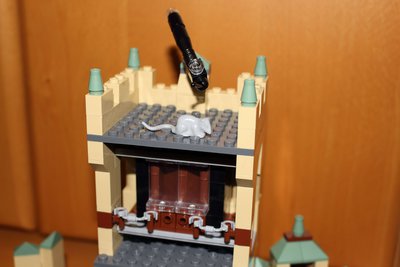 At the top, there’s a stargazer with a mouse

Phase 5 ends with the completion of the “residential tower”: 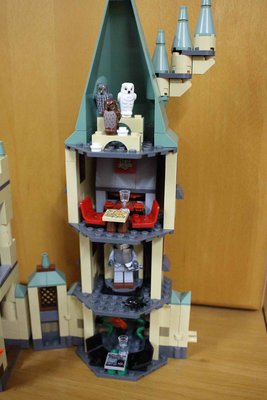 It contains the living quarters of Slytherin and Gryffindor, a ritter guarding a secret book and the dovecote. 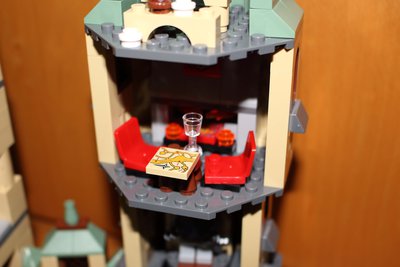 In the Gryffindor room, there’s a nice feature that mimics the movie scene in which Harry talks to Sirius Black, whose picture appears in the log fire. 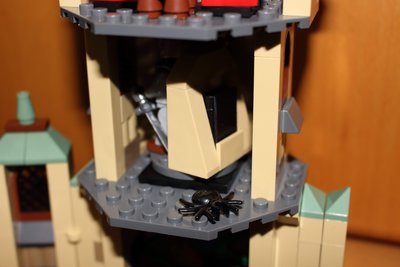 Twisting the Knight brings out the secret book.

In section 6 and 7, the ballroom of Hogwarts is created:

Anyone who has ever seen the original film set will agree with me that the room is already damn well modeled in view of the small size. 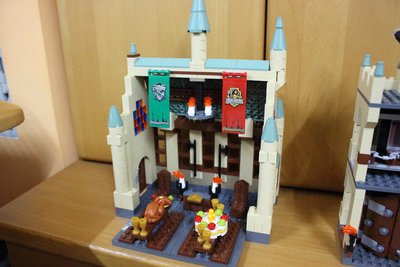 Section 8 then gives the roof and the Verziehrungen what the set looks like:

Sections 9 and 10 then make up the last part of the building with Dumbledore’s office and the secret staircase there. 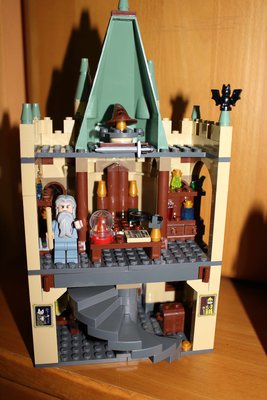 Also, this building is connected to the rest: 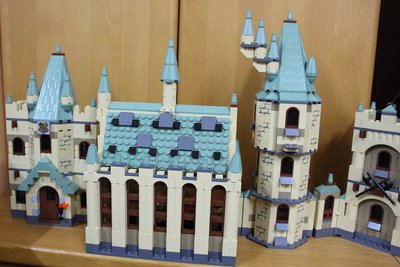 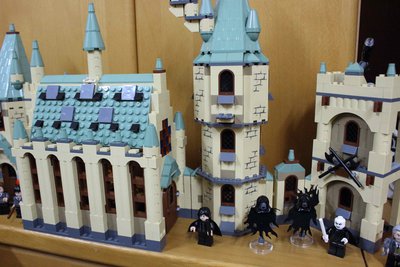 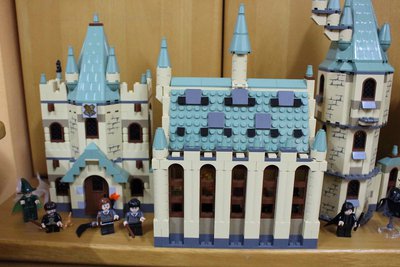 and the spare parts or remainders: 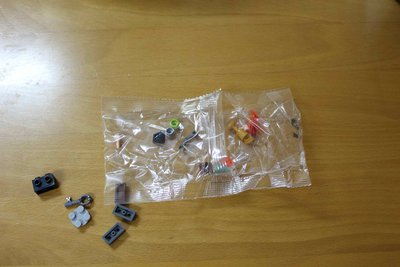 My conclusion:
The set is awesome, no doubt. But that is certainly not the merit of Lepin.

Still, I have to say that I’m impressed. I had no missing parts, all numbered bags fit perfectly with the instructions. This is neatly printed, any color errors are of course not so rude because you never have many parts lying around. The quality of the stones is excellent, I can, except for the absence of certain lettering, recognize no difference. The slants are roughened beautifully, all colors fit, only the books are in need of improvement. The figures are very well, except for Dumbledore’s beard. The glass stones are unfortunately slightly milky again.
I was also very impressed by the stickers – they have a good film thickness, are easy to stick and are printed clean.