This is the LEPIN 20004 – Mobile Crane MK II Real Reviews from our lovely customer nickname gerridoc at Germany.

Would like to record here my experiences / information about the MK II as a short review.

Ordered the MK II at Dream House and arrived well packaged in a box with me.
With me there were in total 44 bags for the stones + 1 for the PF parts or the 3 cords. Bags were – as I already know from LEPIN – partially filled sorted according to stone type. See photo – 1 bag with 5-hole bars, 1 with 11-hole bars etc. – this made the structure a lot easier and faster: 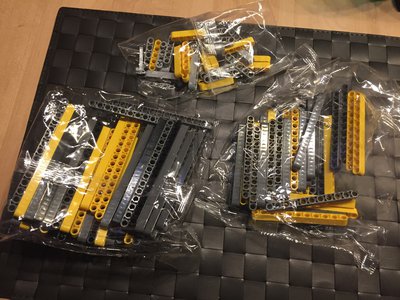 Processing technology, I noticed immediately when unpacking the tires. These are more “plastic” instead of rubber as I knew it. The stickers were well printed and well punched – only a sticker it was a bit slanted, but not really noticeable. 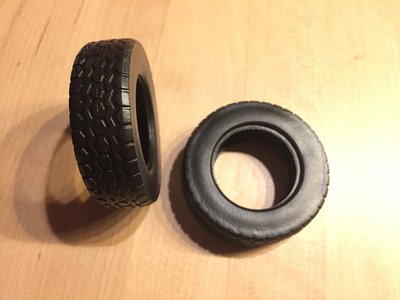 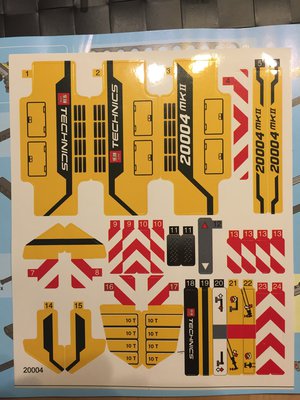 Since I had carefully followed the reviews for the LEPIN Porsche, I was very curious how it will behave with this set and if LEPIN has already improved what the quality of the Technic parts concerns. The “uncertainty” as to whether the Technic parts were improved and everything would work out, was quickly gone, as I had no problems and everything seemed to run perfectly. Current score: 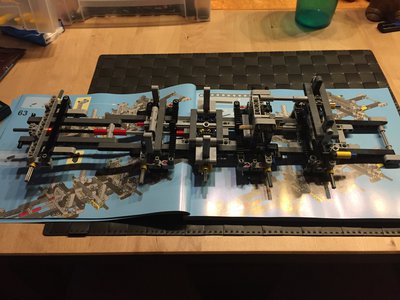 Man, I was naive

In the further structure, I was unfortunately taught a better…

There were more and more pins that did not want to hold optimally – this created partially between 2 hole rods of space of ~ 1mm. Some pins even held so bad that when you turned the hole bar, the pin just slipped out. Partly the pins were the trigger, partly the whole rod. As a result, you always had to try/find a good combination between pin and hole rod.

The crossbars also made problems from time to time – these were just too long from time to time. Mostly this did not bother and had no influence on the model. In 2 places, however, I had to activate my Dremel and cut the cross bars a bit (~ 2mm).

This should definitely be improved, as this has definitely clouded the construction fun, because of you constantly “fear” that one day no good combination more and then pending. For that reason, I did not take any more photos of the moment … I really did not feel like it anymore… Photos are only available again as a finished model

When the construction phase was finally reached where the engine had to be tested (boom extended outriggers), the next disappointment came: Crossbars which were supposed to move stuck constantly and were bent by the power of the engine

Have the affected rods then removed and reworked (slightly abraded). After that, it was worlds better, but still not perfect. It must still be helped manually if you want to extend the boom. The engine seems to me too weak in total.

Nevertheless:
After countless hours of building and cursing, I managed to finish the model

Incidentally, I built after the LEPIN instructions – so there were no problems.

Luckily, I had no parts missing – only 2 parts (15 hole rods) I had in black instead of dark gray. But does not fall on and therefore does not bother at all.

The following parts remained with me about: 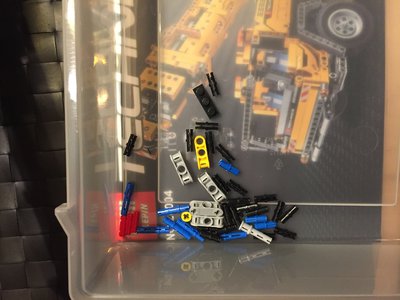 And this is how it looks: 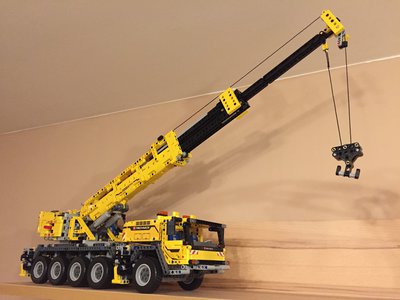 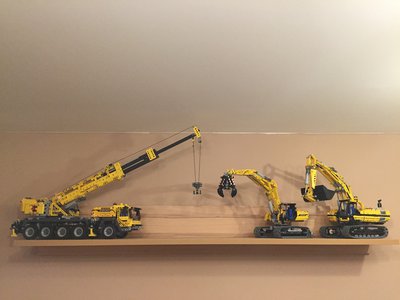 My personal conclusion about this model:

With a little rework, you have a nice model which is really good as an exhibit. Personally, I would not want to play with it or often show it to someone, because you definitely notice the quality of this set, that it is LEPIN and not LEGO

Since I use my Technic models very rarely, I would buy it again, but nevertheless, the model is very impressive, once you have the structure and not gone insane

Price/performance in my view, therefore OK – you just can not expect miracles for this price – at least (not) in the Technic models.