And again it had become quiet around this set. It seemed a bit off the beaten path to Star Wars and Modulars on the market. The dealer was in any case right and the set was “in stock” on August 2, so that it is also with snail mail, meaning e-packet – and I suspect with a cargo ship, otherwise, the long delivery time cannot be explained – finally on 7.9. presented by DPD.
Incidentally, the delivery time of the last stadium in China was on 23.08., Only yesterday, at 06.09. It then came to Germany for the first time.

After the long preface, I now come to the set itself.
I had ordered it in the original box. That cost about 5 euros extra, so that the entire set has cost about 42 euros.
For many, it’s no surprise what the box looks like at the end of the journey. For those who do not know yet: Here are the pictures.

Everything started with a black bag outside. One already suspects it already … 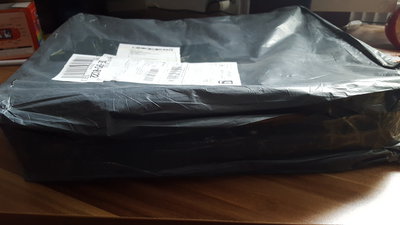 At least there was a solid outer carton, which can catch the worst blows.
As you can see, this was necessary and the box had to give full service. But now to the important content. 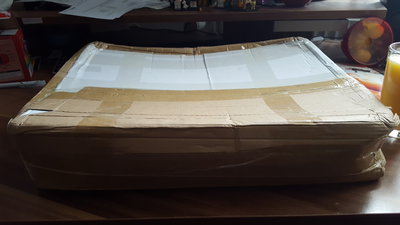 There is the box. Pretty taken and pasted by the dealer with a transparent package tape on the edges again. Whether the carton has ever been open, so simply sealed or actually as a precaution, the packaging tape was glued on it, you can funnily speculate about it.
For me, surprisingly, the box was quite large. 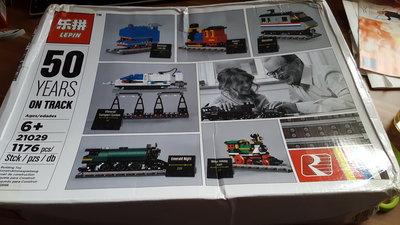 Here are the instructions, which is quite delicate compared to the modular instructions.
To get an idea of ​​the size, a small (original) rocketman stands aside. 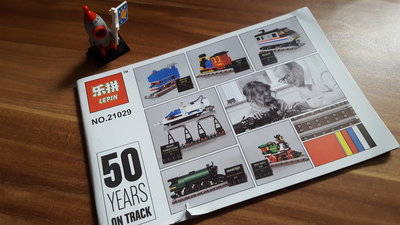 But there is one advantage: If the box is a certain size, nothing can be stuffed so much that bags burst or bend something. At least I hope so because at the moment I have finished one section of construction.
The bags are all numbered, both in bag numbers, as well as in construction stages. There are six phases (at five locomotives …

Addendum: Who can look pictures, is clearly in the advantage. There are six locomotives …

It starts with locomotive 1 and section 1, consisting of only three bags: 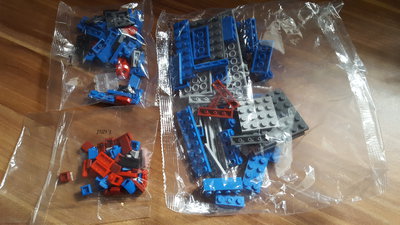 With a few parts, you can build fast. Here are a few intermediate steps. If I were to review small parts, I could also stop the construction manual. Let’s start with the rails. 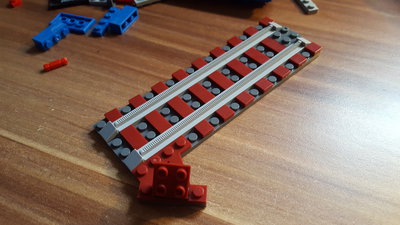 This is followed by the Corpus of the first move of 1966. 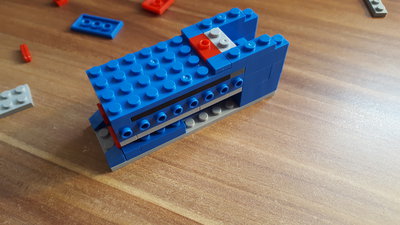 There are three transparent 1×2 bricks. They are a bit milky. What I ask myself at this point (I really only know this finished construction phase when writing, the rest is still packed): Is that part of it, because the stones were also milky rather than transparent in 1966, or is this rather poor transparent quality, as she sometimes happens to Lepin? Again, the speculators ran. 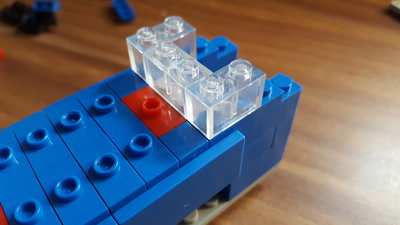 No sooner have you started, you are almost done. Here you can see how the wheels are built on this model.
All in all, I also wonder if it was all the parts that are installed in this model, even at that time, or whether they were developed only in the course of the 50 years and are now used for the visual representation of the mini model. 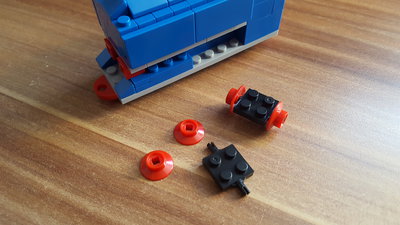 And there is the finished model.
So far: Apart from the missing “LEGO” lettering on the stones, it looks absolutely identical (to the comparative photos that I know – the original I do not have). Also, the printed sign “Motorized Train Set” is very well printed.
The construction phase went very fast. I estimate that after about 10 minutes (from the beginning first stone to putting the last stone) was finished. 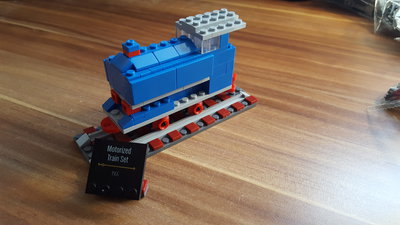 The first phase of construction makes you want more.
But so that the long wait not only follows very short construction time and I feel a bit more inner tension, I go now once to drink coffee, enjoy life and make tonight or tomorrow morning (shift service makes it possible) on. Also at this point. Until then: Enjoy reading.

The second locomotive 1976
Ten years later, the Western train awaits us in 1976. He was, as you will soon see, a bit more elaborate design.
This can be seen directly in the number of stones and bags: 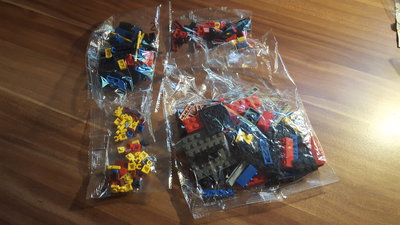 After all: a bag more.

There were even parts that I have not yet seen in this width (4 studs) (the red part next to the Lokkörper). 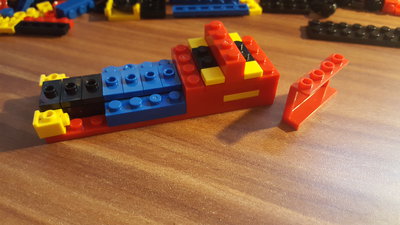 And even with this picture, there is a small further insight, which parts were used to make the molds.
In fact, as you can see from your posts, not only parts of the time have been built in, but everything that helps to produce a somewhat similar representation in the smaller scale. But I think it’s not bad, it looks very good in the end. 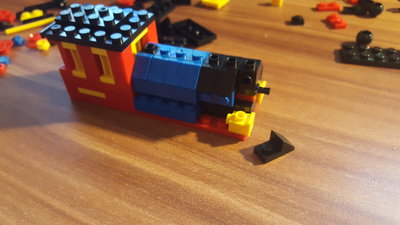 The (almost) finished locomotive from 1976 consists of two parts, which are simply put together.
That was different ten years ago. The substructure of the locomotive now also has ball-shaped stopper front and rear.
You notice, the details are more. 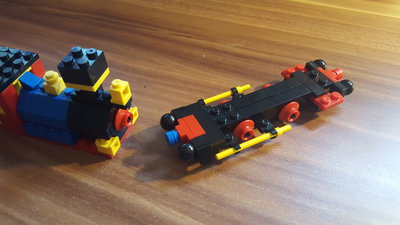 The mating is no problem for every brick lover.
Also, this locomotive is beautifully designed and I can imagine that this was the favorite toy of many children over forty years ago.
Quite funny detail has become the “fifth wheel” at the front of the locomotive, which of course is not a spare wheel here. 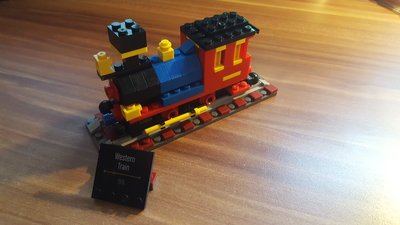 Conclusion up to here:
It’s still fun. A great time journey with great excitement, as it goes on over the years.
Futuristic times cast their shadows. In the next part of the review, the jump to the year 1987 becomes a monorail – exactly! – to the monorail!