This is the LEPIN [] 23002 – Koenigsegg One: 1 (MOC) Real Reviews from our lovely customer nickname Mike Kunze at Germany.

And there is the beauty. I ordered the part about Jeremey (see other thread), came without problems. No customs ö.Ä., with instructions (without box). 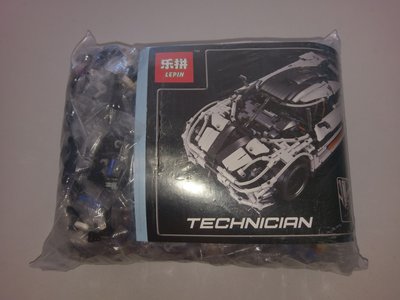 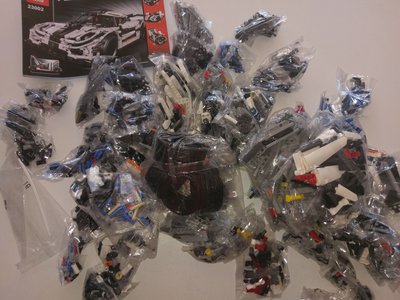 First of all, I definitely recommend having a technology model built. Very many steps in the manual are not necessarily self-explanatory. Especially when joining two parts must be partially taken apart again one or two steps before it fits together. So you should know, how basically Technic parts belong together. In my view, therefore, not suitable as a beginner model (first Technic model). So you should have already put together a Technic model of the Danes or according to its instructions.
There are no printed parts or stickers on this model.
The manual has 184 pages and is quite extensive (more on that later). 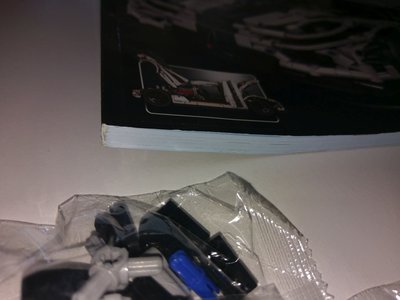 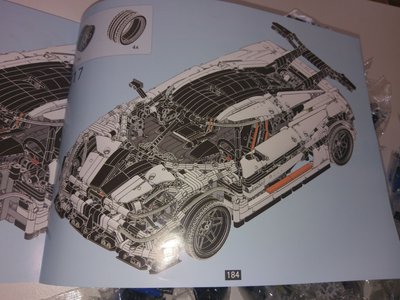 The bags are labeled after the construction section. If I have not counted the bags are labeled from 0 to 69 (ie 70 bags).
On one was no number and at 6 and 9 there was no difference. 6 and 9 so I’ve opened the same and leave the rest, 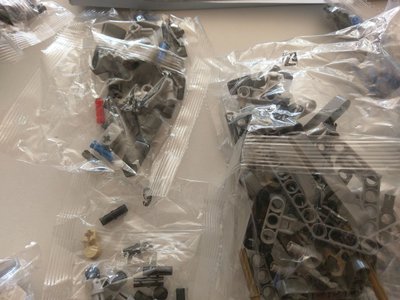 A comparison of the tires with the Porsche (decool, white) already shows that they are much smaller. Lepin typical, the tires are not as good quality, such as the decool. 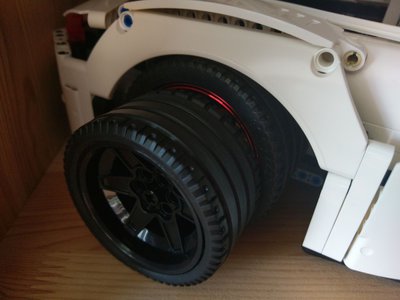 The first construction phase, it is progressing quickly. 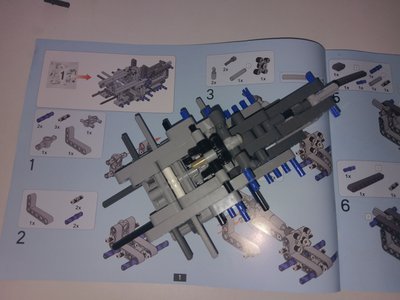 And on you go (5th construction phase). 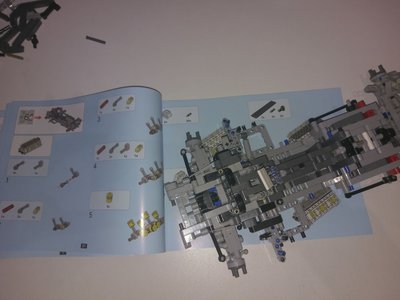 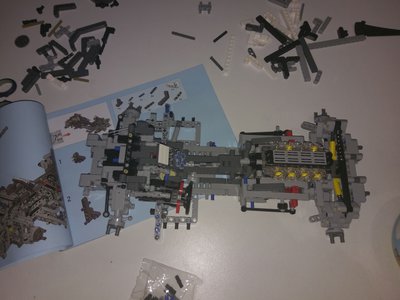 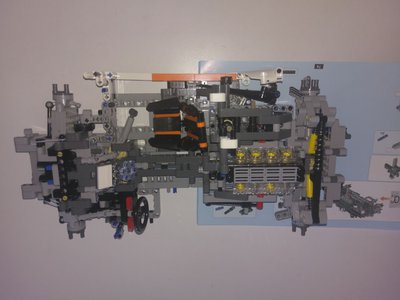 However, some components have not been accurately cast. The inner part does not fit, which causes problems when assembling with other parts. Here you have to look carefully where you install this, so this twisting no problems (which works reasonably). 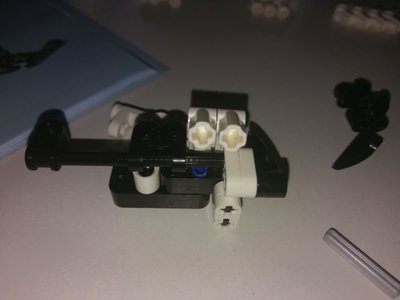 For me, unfortunately, part of the circuit has always solved. Since the part is very well connected, the repair has proven to be very expensive. The whole part is very well connected, would like to see the part times in the comparison crash test for Porsche, Here, however, I have always solved one and the same part after 2-3 shifts and fell out. To use it again, I had to disassemble the entire front into its parts, which took some time. After that happened to me now three times, I decided to switch by hand (directly from the bottom). I’m not sure why it is, maybe it’s the holding power of the parts. Let’s see if I rebuild it with original parts, or I’ve really made a mistake in the assembly. 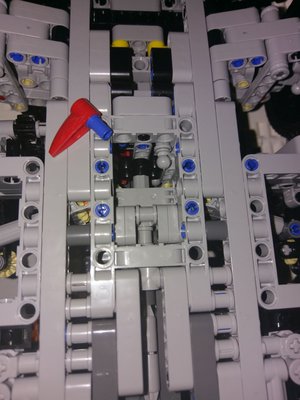 The 15th construction phase. And Lepin still does not set up an item separator that’s up from the Porsche decool. 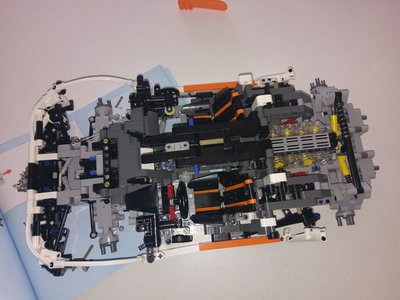 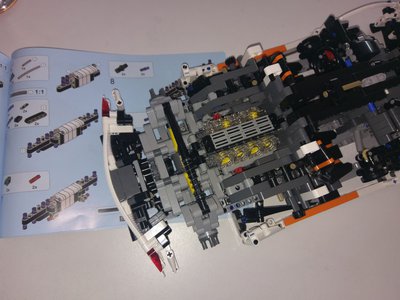 Two errors in the manual have probably noticed only later. In my opinion, however, the two mistakes each technic fan directly noticed and corrected by itself (are actually self-explanatory). The two corrections are not really serious, but still nice that these are corrected to be settled. 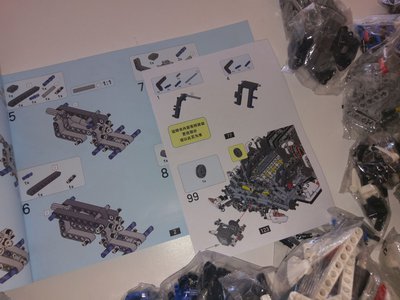 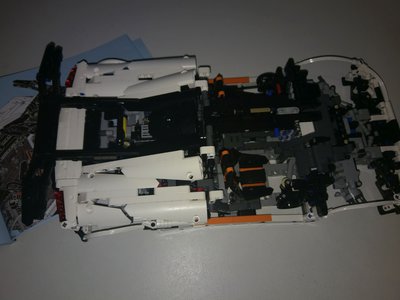 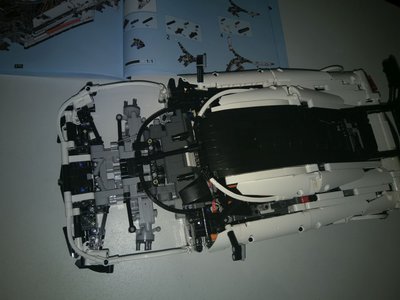 And here the finished model. 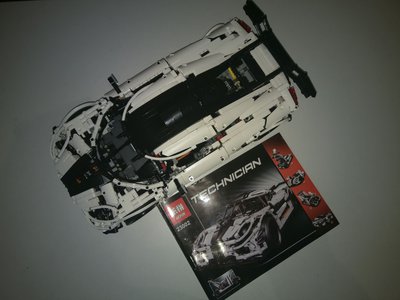 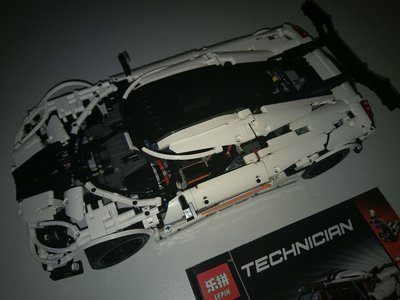 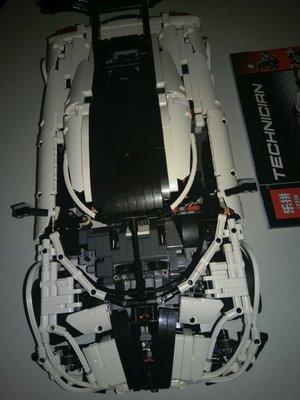 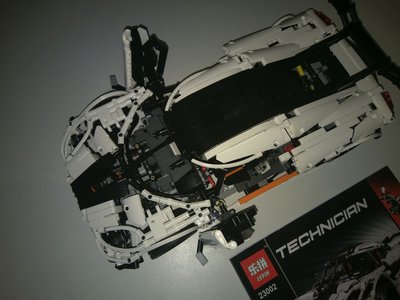 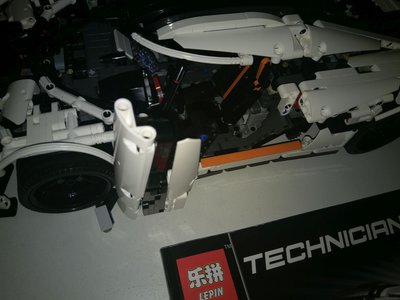 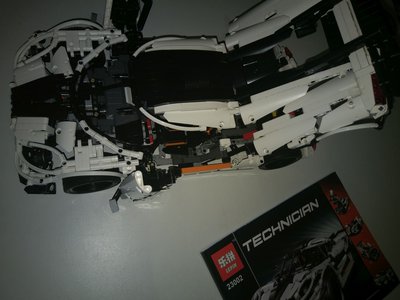 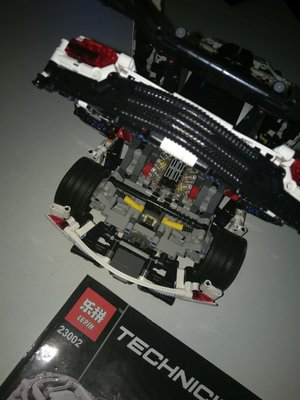 Here in size comparison with the white Porsche (decool). The 23002 is much smaller, although it has more parts than the Porsche, which is a pity. 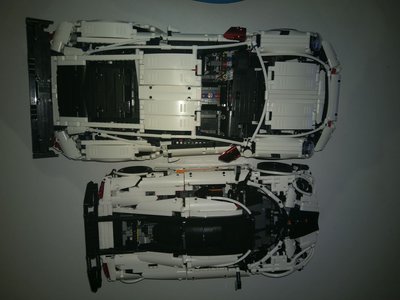 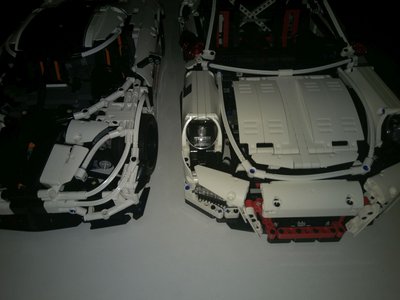 My conclusion:
A very nice model, which when assembling (as someone who already has experience in the Technic area, sees also above) is also a lot of fun. The manual often keeps an entry-level person a step or two. Especially the functions (revolving doors etc.) are well done. The details such as the openings of the hood (rear) and the bonnet work very well and sometimes beautiful and more detailed than, for example, the Porsche. However, this model is in my opinion, due to the instructions not necessarily for Technic newbies, since just the sections where two sections are composed are not really described in detail. There is often a before and after pictures from a not really advantageous point of view, that’s it. Often a lot of fumbling work is necessary. (Apart from the circuit problem with me) a nice model.