This is the LEPIN 15003 Town Hall Real Reviews from our lovely customer nickname Manczik at Germany. 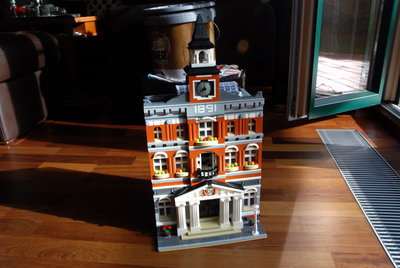 Quality of the stones
Here I can largely refer to my description in the Green Grocer Review. In addition, I would say that at the Town Hall a handful of slightly to heavily scratched parts were there – but not badly cast. In the pictures, you can see the two hardest hit stones. 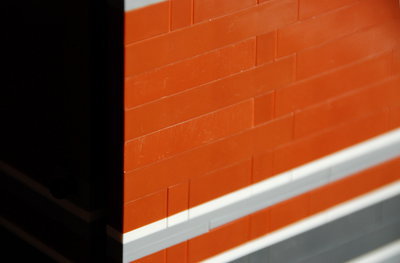 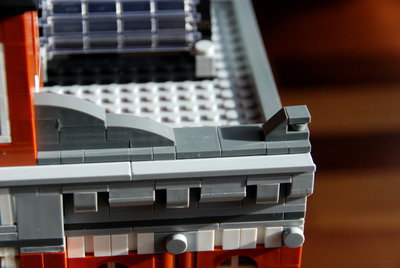 In addition, there were some printed stones here, which are clearly visible from the outside. The quality of the print is below Lego level, but not much worse. I am completely satisfied with it. 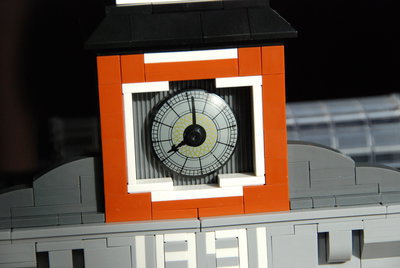 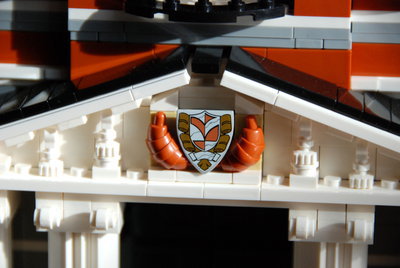 As has often been discussed, the windows are all slightly milky; this is probably because Lepin obviously uses a softer plastic than Lego – so scratch the parts easier. Honestly, that does not bother me, so I will not replace it. 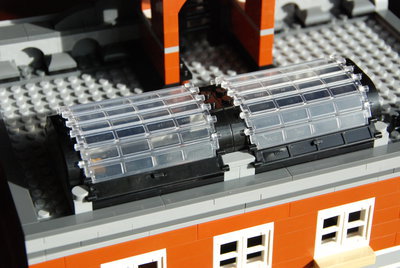 Although the plate of the Town Hall is a bit thicker than that of the Green Grocer – which is why the two can not be put together – it bends slightly after building up. I’ll probably replace at times with an original Lego plate. 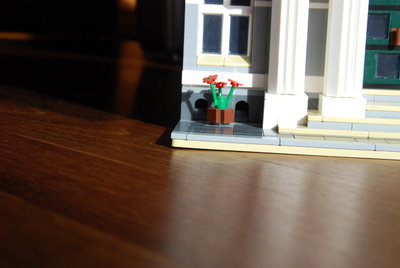 Maybe that is also the reason that the floors of the Town Hall with me do not fit 100% together. At the corners, you can easily see that they sit slightly offset on each other. The roof also bulges slightly upwards. Maybe I just messed up while building – I would be glad about your feedback here. 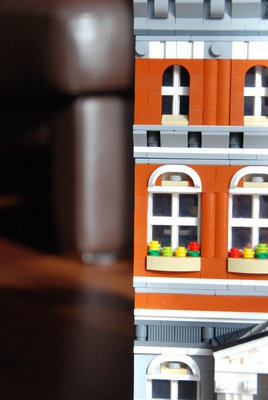 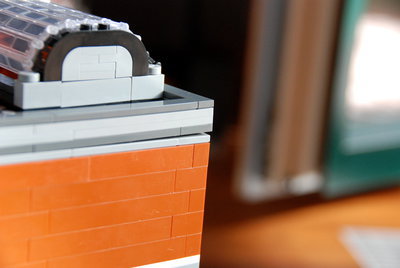 minifigures
Even with the minifigures, the quality compared to those who participated in the GG, a little worse. The pressure and the plastic itself are perfectly okay, but the clamping force of the torso leaves something to be desired – the feet are too easy to pull out. They do not fall out by themselves, but if you want to take down the figures of pimples, you have only the torso in the hand. As already mentioned, the bridegroom, unfortunately, had two right feet. The poor 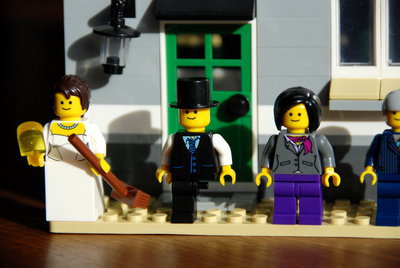 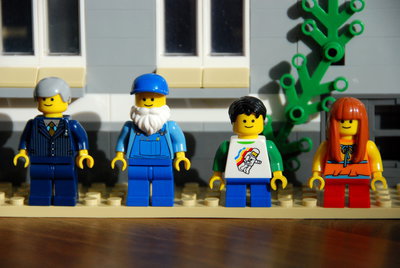 manual
Again, the quality is congruent with the instructions of the Green Grocer. I had no problems building the Town Hall with it. The yellow border of the new stones in each step simplify the construction compared to the official instructions of Lego.

Conclusion
Of course, in this review, I’m more into the negative aspects of the set than the positive ones. If you do not mind the listed points, I can recommend the purchase without any restrictions! The setup is really fun – the set is in my opinion worth every penny.